What we learn from commuting trips data and how we use it in Network Analysis. 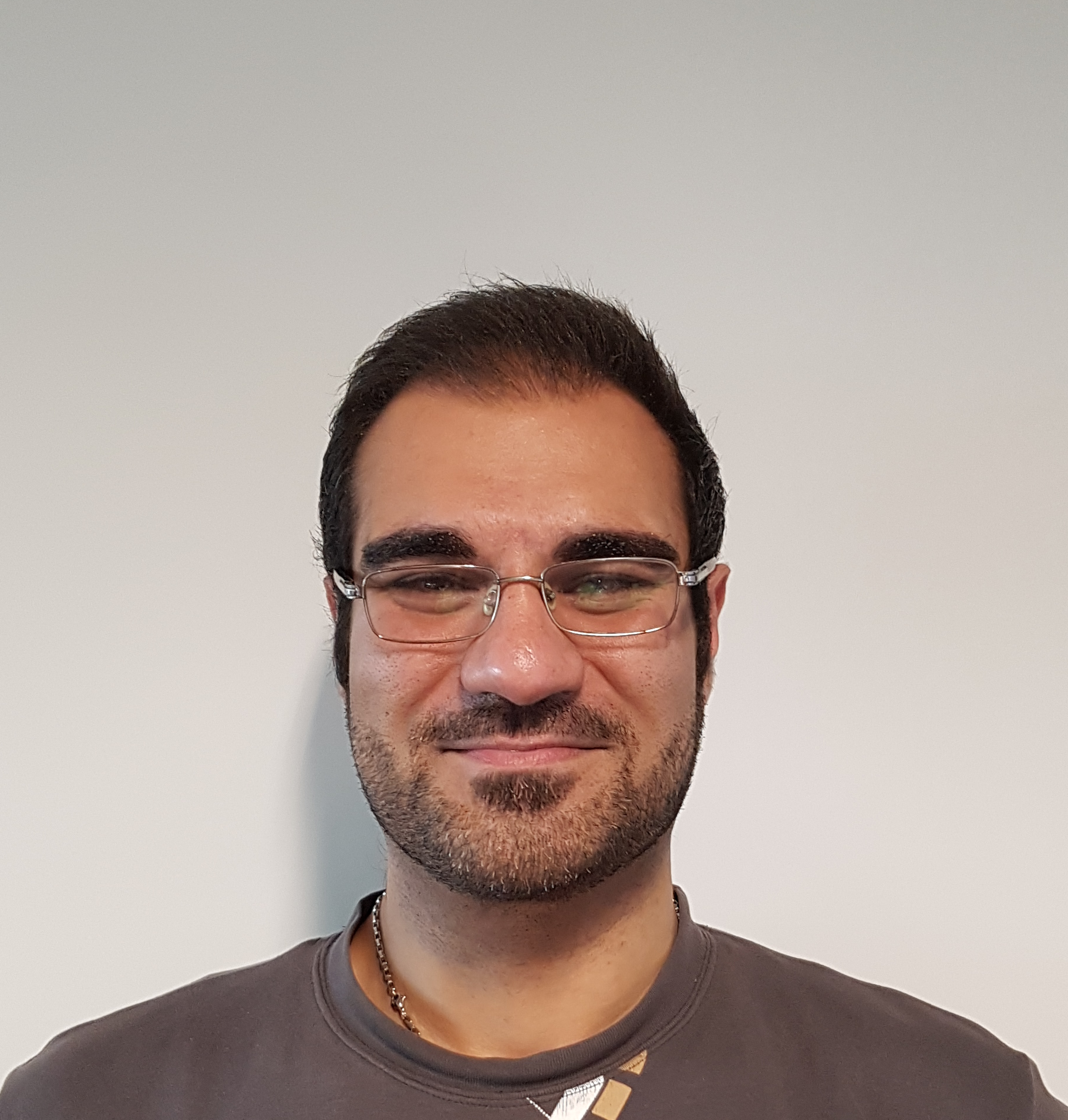 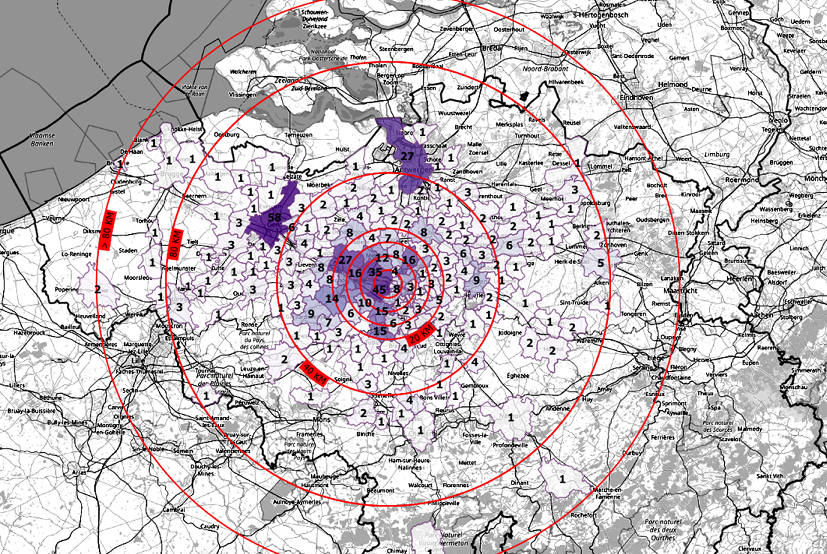 Commuting trips constitute nearly 20% of all trips and are typically conducted during the rush hour. Therefore, having an idea about commuters’ home and work whereabouts, mode-choice, etc., plays a fundamental role in objective traffic analysis and problem-solving.

To provide our clients in Belgium with a commuting trips dataset we use the data from the federal commuting survey conducted by the Federal Public Service Mobility and Transport, which is currently the most comprehensive and reliable commuting data source in Belgium.

Using this data together with our Impact toolbox we did an analysis on commuting trips in and around an industrial zone in Brussels which will be the focus of this post.

A first look at the data

We ❤ maps and they normally go a long way in providing insights on (spatial) data, so the first thing we do is to map the data. The map below shows the spatial distribution of the commuters to this industrial zone. The data looks good and shows what we expected; surrounding municipalities, as well as bigger cities like Ghent and Antwerp, are the most highlighted origins of commuters.

Another important piece of information is; how are commuters traveling? To point out, the distribution of transport modes, or modal split, is a crucial bit of information for an objective analysis. Below is a summary of the mode choice.

In Belgium this modal split is not uncommon but still 93% car use leaves much room for improvement. After all, the abundance of bus stops and a train station within walking distance suggest above-average accessibility to this industrial zone by public transport.

It is however important to realize that modal split cannot be seen independently from the distance. For instance, bicycle is normally a mode of choice for shorter trips or there is a higher modal shift potential for people using their cars for shorter trips. To get such insights we also plotted the modal split based on distance intervals.

The share of cars remains high across distance-traveled intervals, even for short-distance commuters. As expected car use increases by distance while the share of bicycle and BusOrTram decreases.

The next step is to map each mode individually (we really ❤ maps). When doing this we can potentially learn specifics about each mode.

Bicycle commuters are mostly distributed around the destination zone. However, there are some long-distance commuters as well. They are perhaps those who take the train and use a bicycle as the first/last-mile mode of transport.

The distribution of car commuters is a mix of short and long distances.

BusOrTram commuters are also distributed in the proximity of the destination zone. This distribution is simply explained by the fact that bus and tram are normally associated with short-distance trips.

Train commuters seem to be mostly distributed in the vicinity of the destination zone. This distribution is perhaps due to the avilability of direct trains only in the vicinity.

All this serves as a base to guide the next step; network analysis. The data above together with our multimodal route planner will then allow for simulating commuters on the existing network based on various routing profiles.

The macroscopic analysis provides an overview of the extent of the network as well as main streams. For one thing, such an overview allows for identifying hotspots in the network and tailoring large-scale or master plans more objectively.

Once objectives are set, the impact of their implementation needs to be further investigated at a microscopic level. Such investigation is a crucial part of mobility management because the traffic doesn’t disappear but only (re)distributes over the network. Therefore, it is essential to ensure resolving a problem doesn’t cause a problem elsewhere in the network.

A relatively simple dataset on communing trips, like the one from the federal commuting survey, can lead to very valuable insights. It can for example be used to determine the potential for improving the share of commuters using active modes of transport, like in the case of PAD Bordet. The data also shows the use of public transport and in what areas commuters use or ignore certain modes of transport.

Using such data in a tool like Impact facilitates an objective analysis of the road network by allowing for not only planning but also testing various mobility scenarios. Scenario comparison using data on commutes is something we’ve touched upon before and something we will continue to write about, stay tuned! (and don’t worry, there will be more maps!)